Webcams, reports, buoys, locations, help when decide to take that long or short drive to chase surf. Before you can surf the waves, you have to find them. It helps to have a basic knowledge of the conditions that generate and shape them.

Your average surf report forecasts waves based on swell direction, wave height and local wind conditions. A bunch of elements play into just how big and well-formed swells are when they reach your beach. Let’s talk about how to understand ocean and surf conditions and how to read a surf forecast so you can learn to gauge what’s coming.

Swell Direction – All you need to know about swell direction is how it impacts your surf spot. For example, in California, when a surf report says a west swell is on the way, they are describing waves originating from the west. Assuming your beach faces due west, the swell is on course to hit your break straight-on. If they are forecasting a southwest swell, then the swell will hit your break at an angle from the SW, giving you a different looking wave as it meets your beach, reef or point break. Knowing what swell directions work best for your local surf spots comes with time spent in the water and talking to locals. Checking your favorite surf sites each day doesn’t’t hurt either.

Wave Height – The number one question is: how big is it going to be? You can look online at your local wave buoys (offshore wave and weather buoys) for this information, but most surf report sites will interpret the important points for you and provide links. To know how to read a surf forecast, you’ll need to understand commonly used terminology, such as swell height and swell interval (time between waves).

Buoys – “3 feet at 10 seconds” is an example of the average height of waves passing the offshore buoy and the average time between waves as they pass by. Both numbers are critical in judging the size of the waves that eventually hit your local surf spot. However, the swell interval is where you should put your money. A longer interval makes for a larger wave. “3 feet at 4 seconds” is an insignificant wave. “3 feet at 18 seconds” this is good. Add a large swell to a large interval (10 feet at 22 seconds) and you can anticipate massive surf. It should be no problem to forecast the size of waves if you apply these basics to your local surf reports.

Tides – The size, quality, speed and very existence of a wave depend on your local tides. That’s why you have to factor in the tide cycle to understand ocean and surf conditions at your local beach. Some spots work better at low tide than at hide tide and vice versa. A surf break may be known as a low or high tide spot depending on which tide forms the best-breaking waves.

Beginners take note – just because a spot is known as a low tide break doesn’t’t mean you can’t have un crowded fun during a high-tide session. All it means is that the spot works best at low tide. At low tide, sand bars will be exposed to waves that were too deep for breaking waves during high tide. Other spots work better at a higher tide because sand bars may be too shallow at lower tides. In short, tides affect water depth, which in turn either exposes or hides the ocean floor that is necessary for a wave to break. That’s why it’s crucial to factor them into the surf equation.

Local Winds – Waves rely on wind for their birth and quality of life. Plainly put, wind creates waves by transferring energy from the air to the water. Once a swell is created, it travels until it expends its energy on a reef or shoreline. Winds that create good swells are usually formed well offshore, allowing the swell (also known as ground swell) time to build in size and intensity. While there are lots of factors behind the birth of a storm, for our purposes we just need to be aware that they are sending waves our way.

Nevertheless, a solid swell does not always translate into good waves locally. A good day of surfing requires favorable local winds. Understanding the difference between onshore and offshore winds goes a long way in understanding how the swell will look when it is welcomed by your local break.

Imagine you are standing on the beach facing the ocean with a strong breeze in your face. In other words, the wind is blowing onto the shore – onshore wind. An onshore wind is a swell killer in that it takes an organized, clean swell and turns it into confused, choppy surf. Onshore winds come from behind or from the side of the waves, turning a swell into surf that is bumpy and more difficult to ride. Ideally you want what is known as “clean surf.”

A clean wave is one that is lightly fanned by an offshore wind or no wind at all. These conditions are devoid of surface bumps or chop on the wave face, which allows you a smooth ride. Offshore winds, winds that blow off the shore and into the coming waves, groom waves by lightly holding them up before they break. The only wind better than offshore wind, when swell is in the water, is no wind at all. A swell that is met with no wind results in a glassy day, a day when the surface of the wave resembles glass. Aesthetically and viscerally, a clean swell is the thing of surfer’s dreams. Skiers and snowboarders live for powder, while the surfer lives for the glassy day.

How Waves Break – We can remove some of the guesswork in finding good waves by taking a quick look at the various types of surf breaks and the factors that influence them. This knowledge will come in handy when you’re trying to figure out how to read a surf report.

Beach Break – Chances are, your local surf spot is a beach break. Beach breaks are where the waves break over a sandy bottom, usually within 100 yards of the shoreline. Since the ocean floor is sandy, the waves are at the mercy of the changing bottom contour; waves break when they eventually hit a bottom shallow enough to expend their energy. Along the length of the beach, some waves will break better than others, depending on the shifting sand: the ocean floor is affected by currents, storms, tidal effects, and even man. Although beach breaks are generally close to shore, they can still be challenging. They are less predictable than point and reef breaks because the waves will not always break in the same spot, making it harder to anticipate were the next wave will break.

Point Break – A point break’s defining characteristic is typically a natural headland (where the coastline comes to a point), but could also be a long jetty. They break either left or right, not both ways as do beach and reef breaks. What they lack in diversity, they more than compensate for in length of ride, as they sometimes break for hundreds of yards.

Under ideal conditions, a good point break welcomes swells into the shallow water built up by rocks or sand along the point, allowing the swell to break and then peel off into deeper water inside the point. On good days, they unravel like spokes on a wheel, drawing hoards of surfers. Although these premier spots attract crowds, you only need a few good rides to make it worthwhile.

Weather Definition – Weather is the day-to-day conditions of a particular place.

The weather is all around us, all the time. It is an important part of our lives and one that we cannot control. Instead the weather often controls how and where we live, what we do, what we wear and what we eat. Someone who studies the weather is called a meteorologist. Weather predictions are made by forecasters. Weather is made up of different things. Click on the different types of weather above to find out more about them and how they can be measured.

What is Climate? Climate is often spoken about at the same time as weather, but it is something quite different. The climate is the common, average weather conditions at a particular place over a long period of time (for example, more than 30 years). We learn about different climates around the world. Deserts have a hot and dry climate while the Antarctic has a very cold and dry climate.

How Hurricanes Form – “Hurricane” is the term used to describe the strongest of the windy, circulating storms –- or cyclones – in the Atlantic and eastern Pacific oceans; in the western Pacific these kinds of storms are referred to as typhoons. Most Atlantic hurricanes are born in the southern Atlantic Ocean , off the coast of Africa , in the months of June through November each year. During this time, winds off the west coast of Africa sometimes converge, circulating counterclockwise. Often, these winds maintain a low speed and travel across the Atlantic Ocean as tropical waves, causing little more than rainfall on land masses they strike.At other times, when water temperatures are warm enough and atmospheric conditions are correct, the wind speeds increase and begin to form around a center, or eye. Hot, moist air from the ocean is pulled up into the eye of the storm, which is now called a tropical storm. As the air rises and cools, moisture condenses and is released as heavy rain into the torrential winds circling the eye. The released energy is pumped into the rotating cloud mass, making it rise and spin even faster. By the time the winds reach speeds of 119 kmph (74 mph), the storm has become a hurricane.As the spinning storm moves across the ocean, unstopped by land, wind speeds increase. Hurricanes are commonly classified by the strength of their winds into five categories on the Saffir-Simpson Hurricane Intensity Scale. The weakest hurricanes, with wind speeds of 119-153 kmph (74-95 mph), are referred to as Category I storms and cause minimal damage primarily to plants and trees. In 1992, Hurricane Andrew was a Category IV storm with sustained wind speeds of 225 kmph (140 mph). Category V storms, such as Hurricane Camille in 1969, are the strongest and responsible for catastrophic damage. Hurricane Camille, with sustained winds of more than 320 kmph (200 mph), was the most powerful hurricane ever recorded to hit the northern gulf coast .Although difference in wind speed is one easy way to classify storms, hurricanes have other unusual characteristics. Some storms move quickly and produce little rainfall, while others are slow and generate torrential rain squalls with downfalls that often exceed 38 cm (15 inches). One characteristic that all storms share, however, is the location of the most powerful and dangerous winds. The forward right quadrant of a hurricane—12:00 to 3:00 on a clock face—is its strongest and most dangerous section, because it is fueled by the counterclockwise motion of the storm as well as its forward movement.As the storm moves along the ocean surface, it becomes a complex, tight mass of wind and rain. The eye becomes perfectly clear on satellite pictures; larger hurricanes can have an eye as large as 56.3 km (35 mi) across. The hurricane’s eye is the area around which the winds rotate and is actually a calm area in the center of the storm. People have often been deceived into thinking that a storm had ended when the eye passed over and were surprised when destructive winds began again. Hurricanes can contain and release enough energy to supply electricity to the United States for a year. And hurricanes carry the ocean along with them, bringing storm surges as high as 7.6 m (25 ft) above sea level. Often the accompanying storm surge and associated floods are responsible for much damage in coastal areas. 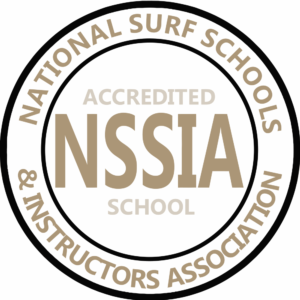 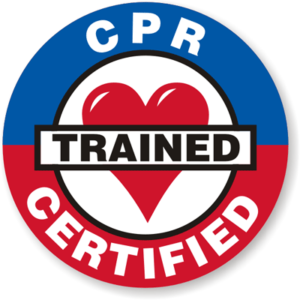